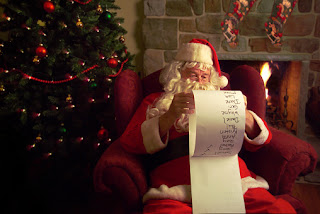 I want parents to put down their electronics and their to-do lists and listen to their children. I want them to hear what their kids are really saying to them from their hearts even if they can't communicate it in words. I want parents to be parents and make time for their children ... like, no electronics at the table, and talking to them about their day which is just as important to them as yours is to you.

Most of all, I want the leaders of the world to sit down and actually talk to each other, not just through their representatives. I also want leaders to listen to their own people. I want them to hear the cries of hungry children, the sorrow of parents who can't find jobs, the anguish of people treated as non-beings because they are considered "different."

I just want us all to talk to each other. I do believe we will find that we all want the same things: love, peace, safety, a roof over our heads, food on the table, and a job to support us. Dignity. Respect. The pieces are all there, Santa. All we have to do is put them together like a brand new set of Legos. Maybe your elves can help. That's really all I want for Christmas this year, Santa. I just want us to talk to each other.

Posted by Flower Bear's Garden at 4:48 AM No comments: